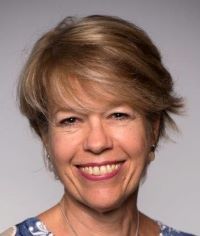 Maja Beck Popovic is Professor of pediatric hematology oncology and Head of the Pediatric Hematology Oncology Unit at the University Hospital in Lausanne, Switzerland.

After medical studies in Bern, she obtained her board certificate in pediatrics in Lausanne, and completed then her fellowship in pediatric oncology at the Institut Gustave Roussy in Paris, where her clinical interest in neuroblastoma started. She has been member of SIOPEN from the very early years, in charge as international chair of the LNESG2 protocol (on localized resectable neuroblastoma), and has been coordinating other SIOPEN protocols for Switzerland. She has been member of the SIOPEN executive committee as secretary from 2010 – 2014, as Vice-President from 2016 – 2019, and since October 2019 as President. 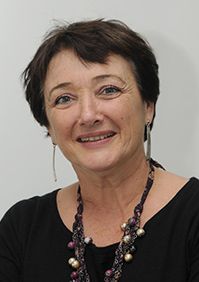 She is the Head of the department of Cancerology for Children and Adolescents at Gustave Roussy , Villejuif, France since 2008. She is one of the SIOPEN funding members and has been President of SIOPEN from 2013 to 2019. She is the coordinator of the SIOPEN Very High Risk Neuroblastoma Protocol , VERITAS and will coordinate the next SIOPEN High-Risk Neuroblastoma (HR-NBL2).

Holger N. Lode is Professor and Chair of Pediatrics at the University Medicine Greifswald and leads the Department of Pediatric Hematology and Oncology.  He completed his undergraduate training in Medicine (1992) at the University of Tübingen and at Brown University (Providence, RI) and he received his M.D. summa cum laude in 1993. He was awarded a research fellowship of the “Deutsche Forschungsgemeinschaft” in 1996 which he used for postdoctoral training at the Scripps Research Institute, La Jolla, CA in the area of tumor immunology. In 1999 he became a junior faculty member at Scripps. In 2000 he continued training in Pediatrics at the Charité, University Medicine Berlin. At the same time he was awarded an “Emmy-Noether” program by the “Deutsche Forschungsgemeinschaft” with focus on immunotherapy approaches in neuroblastoma.

He is board certified pediatrician and holds two subspecialties in pediatric hematology/oncology and in pediatric intensive care. In 2002 he became a member of the SIOPEN group and got involved in the clinical development of ch14.18/CHO and he is currently leading two clinical trials with this antibody. With the pivotal trial conducted at his institution, ch14.18/CHO received marketing approval in the EU in May 2017 for the treatment of neuroblastoma. He published over 120 full papers of which >90% are devoted to translational and clinical neuroblastoma research (Scopus Author ID: 57203104099; Scopus H-Factor 33; Citations 3089; cumulative impact-factor: 689,936). He holds three patents on new drugs for neuroblastoma therapy and received numerous prizes and awards. 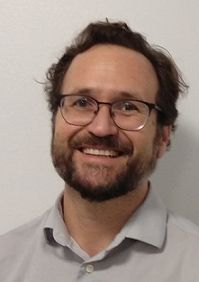 Lucas Moreno is a paediatric oncologist dedicated to early clinical trials and neuroblastoma. He trained in La Fe (Valencia, Spain), started his career in the Royal Marsden Hospital (London, UK) under the mentorship of Andy Pearson.

From 2013, he leads the Clinical Trials Unit at Hospital Niño Jesus in Madrid, Spain. He is an active member of European consortia for neuroblastoma (SIOPEN) and early clinical trials (ITCC) and leads the international BEACON-Neuroblastoma trial. His research interests are predictive and pharmacodynamic biomarkers, drug development and clinical trial methodology. 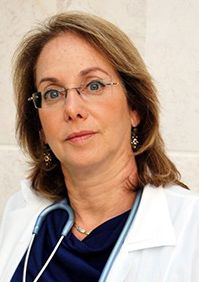 Shifra Ash is a pediatric oncologist with a main interest in neuroblastoma and pediatric solid tumors. She is the director of the pediatric oncology day care unit at Schneider Children's Medical Center of Israel (SCMCI) and chairwoman of the Israel Society of Pediatric Hematology and Oncology (ISPHO). She completed her undergraduate training in medicine and the biological Sciences at Tel-Aviv University, Israel. She trained in Rabin Medical Center, Beilinson Campus and Schneider Children's Medical Center of Israel and is board certified in pediatrics and pediatric hematology/oncology. From 2002 she is a member of the SIOPEN group, she was a member of the executive committee (2012-2016) and the treasurer of the SIOPEN (2015-2016). She is currently the co-PI of the SIOPEN Prospective study registry of peripheral neuroblastic tumours presenting with spinal canal involvement (SCI). She is the national PI for the SIOPEN Studies. In 2000 she was involved in research on GAGE as a marker for MRD in neuroblastoma in Dana Farber Cancer Institute, Boston, USA. From 2006-2013 she led a murine research laboratory in the Frankel laboratory, department of pediatric hematology oncology, center for stem cell research, SCMCI. They studies Immunotherapy for neuroblastoma using allogeneic and haploidentical hematopoietic stem cell transplant and adoptive transfer of dendritic cells to induce graft versus tumor reaction. 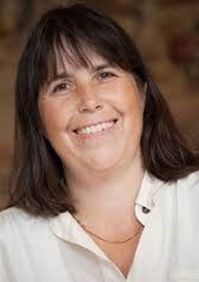 A physician-scientitist originally from Heidelberg, Germany, Gudrun Schleiermacher studied medicine in Heidelberg, including a final year in the USA, and obtained her basic medical training as a pediatrician in Paris, France and Edinburgh, UK. She then returned to Institut Curie, Paris, to complete her training as a pediatric oncologist, including also additional training in intensive care. She became involved translational research early on in her training. In 2004, she obtained a PhD in Olivier Delattre's laboratory (INSERM U830, Genetics and Biology of Cancer, Institut Curie, Paris). Since 2004, she holds a position as a phycisian-scientist at Institut Curie, where she has been working both as a pediatrician and in the Laboratoire INSERM  U830 ( Director: Olivier Delattre) with activities strongly involving both clinical and translational research.

In addition to a broad activity in patient care, she is actively involved in clinical trials at Institut Curie at a national and international level. She is also involved in personal and precision medicine approaches at a national level, as co-PI of the Mappyacts trial (PI :  Birgit Geoerger, I Gustave Roussy, France) which aims at performing whole exome sequencing and RNAseq on an on purpose biopsy obtained at relapse in order to identify predictive biomarkers and to orient towards targeted treatment approaches according to the molecular characteristics in high risk pediatric relapsed cancer. A recent national study MICCHADO (PI Gudrun Schleiermacher, coPI Claudia Pasqualini) aims at molecular and immunological chacarterization of high risk pediatric cancer at diagnosis an during treatment and follow-up.

She became team leader of the RTOP team (Recherche Translational en Oncologie Pédiatrique, Laboratoire « Gilles Thomas », a translational research team created withi the SIRIC (Integrated Cancer Research Center of Institut Curie) in 2012.  Her main contributions to translational research concern the active contribution to the discovery and characterization of activating ALK mutations in neuroblastoma. Furthermore the discovery of the correlation between an overall genomic copy number profile and outcome has led to treatment stratification based on a genomic copy number in particular in low risk neuroblastoma patients as for instance in the current European LINES protocol. Her work has led to the identification of accumulation of new genetic events such as segmental chromosome alterations, or ALK mutations, at neuroblastoma relapse. Further studies focus on clonal evolution based on next generation sequencing techniques. Ongoing work aims at further study of molecular mechanisms involved in neuroblastoma progression, based also on more detailed biomarker studies using liquid biopsies and on single cell analysis of neuroblastoma.

She is particularly interested in the integration of circulating tumor DNA studies for the study of clonal evolution. Future aims are to integrate both prognostic and predictive biomarkers into integrative treatment approaches for high risk pediatric cancer patients, while working towards a better understanding of the underlying genetic and epigenetic modifications involved in the oncogenesis and tumor progression of this disease.

A founding member of SIOPEN, Gudrun Schleiermacher has been member of the SIOPEN executive committee since 2012. She is currently chair of the SIOPEN biology group, aiming to implement molecular diagnostics and translational research in SIOPEN protocols for patients with neuroblastoma. She is also chair of the French neuroblastoma study committee, and is currently president of ANR. 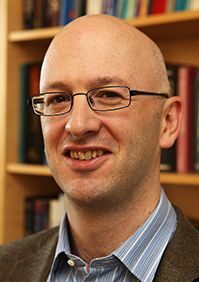 Dr Owens is a Consultant Paediatric Oncologist at Our Lady’s Children’s Hospital, Dublin. He trained initially in Dublin, followed by fellowships at Institut Gustave Roussy, Paris and the Hospital for Sick Children, Toronto. He was a staff physician at Sick Kids before returning home to Dublin in 2013.

His clinical interests are in neuroblastoma, paediatric sarcomas, clinical trial conduct and chemotherapy safety. He is a member of the European Neuroblastoma Society (SIOPEN) executive and clinical trials committees and the international society of paediatric oncology (SIOP) scientific advisory council. He is the clinical lead of the Cancer Clinical Trials Unit at OLCH. He is an associate clinical professor at University College Dublin and a member of the Irish Translational Research Neuroblastoma Group. 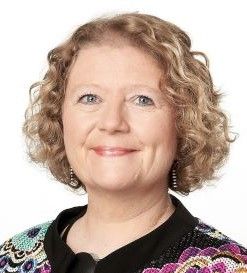 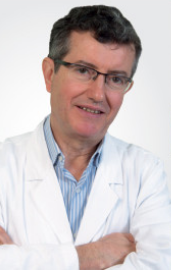 Dr. Alberto Garaventa is a pediatric oncologist, Head of the Oncology Unit at Giannina Gaslini Chidren’s Hospital in Genoa, Italy, since 2006. After the Specialties in Pediatrics (1984) and Oncology (1987), he has developed his research and clinical practice at the Hemato-Oncology Department of Giannina Gaslini Institute (BMT and Home Care Unit). He conducts an intense research activity and transmits his knowledge by teaching at the School of Specialty in Pediatrics and in Oncology, University of Genoa. He is member of Italian and international scientific societies (AIEOP, ASCO, SIOP, SIOPEN, ITCC, ANRA) and actively participates in research groups and congresses. At present he is mainly interested in the treatment of neuroblastoma and solid tumors. He cooperates in clinical studies on neuroblastoma with ITCC Group and conducts studies on protocols and new drugs in the context of SIOPEN and AIEOP. Since 2016 he is member of the SIOPEN Executive Committee, of whom he is one of the founding members. 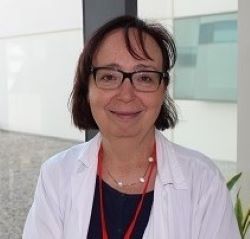 Adela Cañete is a pediatric oncologist in La Fe ( Valencia),  associate professor of Pediatrics at the University of Valencia and scientific director of RETI-SEHOP.  After her medical studies and board certificate in Pediatrics in Valencia, she completed her training as research fellow at MSKCC in New York, working in neuroblastoma. She completed her PhD in 1998 and continue with her clinical work and research focused in this field since then. She has been founding member of SIOPEN and actively participates in it. Currently, she is leading the non-high risk neuroblastoma trial in SIOPEN , LINES (Eudract number: 2010-021396-81)  and  is a member of the SIOPEN executive committee. 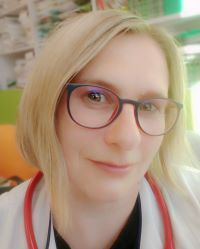 Dr Aleksandra Wieczorek is a pediatric oncologist at Pediatric Oncology/Hematology Department, Institute of Pediatric, Jagiellonian University Medical College. After her medical studies, she completed her clinical training in St Anna Kinderspital in Vienna, Austria. She completed her PhD in 2009 and continues with her clinical work and research focused in neuroblastoma field; she also works as a teacher at Jagiellonian University Medical College.
She is a certified pediatrician and holds subspeciality in pediatric hematology/oncology and continues her training in clinical immunology.

The purpose of the Association is to perform and facilitate clinical, translational and basic research for children and adolescents with neuroblastoma in European countries as well as worldwide in order to improve the outcome of these patients.